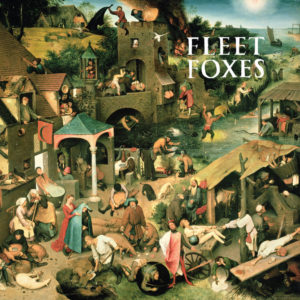 “Fleet Foxes describe their music as ‘baroque pop, music from fantasy movies, Motown, block harmonies… not much of a rock band’, which is one way of describing the indefinable brilliance of one of those records that sounds like it has arrived, fully formed, from another planet. Though there are musical touchstones – English folk, late 60s west-coast music (particularly the Beach Boys and Love) – this is the sound of late-night forests, skipping animals, music made by people as old as the hills they dwell in. Implausibly, they are actually in their 20s and live in Seattle. The dizzyingly uplifting four-part harmonies of songs such as “Tiger Mountain Peasant Song” are interspersed with profound darkness in the death-stalked “Your Protector,” or “Oliver James,” the chilling tale of a child’s drowning. It all adds up to a landmark in American music, an instant classic.”

Let’s get in the holiday spirit at LA Zoo Lights. Tickets have been pre-purchased and will cost each rider $23.