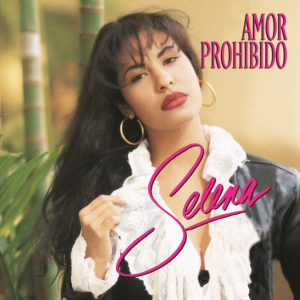 “It’s tough to overstate the impact and power Selena Quintanilla had across the United States and in Latin America as the Queen of Tejano music. Her humility, talent and sense of style influenced generations of Latinos enamored with and overwhelmed with pride of their culture — a culture often perceived to be less than. With her music, she made the voices and experiences of Latinos in the United States visible. That’s especially true of her album Amor Prohibido. Her last release before she was killed in 1995, Amor Prohibido is an ageless cultural symbol that was meant to transcend a moment in history. It did, to say the least. It became the best-selling U.S. Latin album of all time, went platinum, had four No. 1 singles and put Tejano music on the map. With Amor Prohibido, Selena was able to reach larger audiences with her more experimental and cross-cultural sounds, including a fusion of Mexican mariachi and Colombian cumbia sounds, and elements of R&B, techno, pop and the ballads known as corridos… She didn’t break barriers with this album as much as she tore them down.”

The festival has free entry. All proceeds from purchases will support housing solutions for homeless youth.