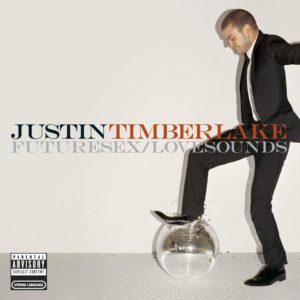 “FutureSex/LoveSounds hybrid of sexy and sincere, of droid-pop and upfront intimacy—crafted in large part by Timbaland—resulted in a record that is as soft as it is steely. It pushed boundaries more forcefully than works by fellow crooners R. Kelly and Usher, whose TP-2.com and Confessions, respectively, fit neatly within hip-hop soul’s cubby. Timberlake’s music straddles the millennial divide effortlessly, thanks to Timbaland’s deft touch. Its pop-soul obviously owes itself to early-’80s superstars like Michael Jackson and Prince, and while Hov’s Blueprint dusted off vintage samples, FutureSex swallows those influences whole and belches out something all-together new. The album embraced the hard/soft duality implied by the title to thrilling effect—and because of their mastery of that balancing act, FutureSex/LoveSounds would go on to influence, if not define, much of the pop music that came after it… Once the former *NSYNC frontman punctured the disco ball on the cover of FutureSex/LoveSounds, he created the template for post-millennial Growing Up As A Musical Artist: Don a suit and skinny tie and hook up with members of pop’s vanguard, but don’t forget to show the vulnerability that gained you all those admirers in the first place… Seven years after the idea of ‘bringing sexy back’ entered the pop-cultural lexicon, the album from which that catchphrase sprung remains an era-defining statement.”

Tickets to L.A. Dessert Fest have been pre-purchased and will cost $16.50 per rider.