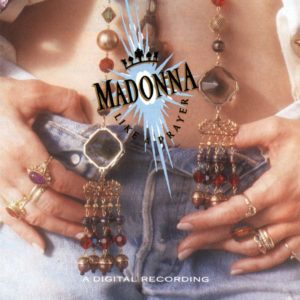 “Out of all of Madonna’s albums, Like a Prayer is her most explicit attempt at a major artistic statement. Even though it is apparent that she is trying to make a “serious” album, the kaleidoscopic variety of pop styles on Like a Prayer is quite dazzling. Ranging from the deep funk of “Express Yourself” and “Keep It Together” to the haunting “Oh Father” and “Like a Prayer,” Madonna displays a commanding sense of songcraft, making this her best and most consistent album.”

Let’s grab dinner at Saved By The Max in West Hollywood. It’s an exact replica of “The Max,” the diner from Saved By The Bell.

The Saved By The Max experience will cost $52 per rider.