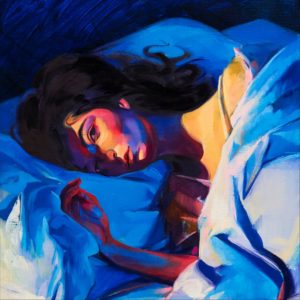 Via The AV Club:

“Though there’s a loose ‘night out’ concept to Melodrama, the music itself is so rich and cohesive—and such a marked evolution from her 2013 debut, Pure Heroine—it barely needs a theme to tie it together… What Melodrama confirms most of all is Lorde’s uncanny ability to drill down so precisely on grand emotional themes that would fell lesser songwriters. Tackling a bad breakup certainly isn’t new in pop music, but it’s delivered here with an honesty an energy that is uniquely her own. She doesn’t generalize or hide from her feelings, and in doing so, she brings her listeners the comforting reminder that our messiest years yield some of the moments when we’re most alive (and for the olds, that they’re happily behind us). The greatest reward of Lorde’s music is recognizing her growth reflected in ourselves.”