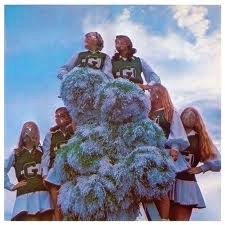 When listening to Sleigh Bells it’s hard not to be impressed by the sheer volume of their work.  I’m not talking about volume as a measurement of abundance.  I’m talking about volume as a measurement of loudness.  Treats, one of the most explosive debut releases in recent years, is as loud as it gets.  The only thing more blaring than the music is the breathless praise it received since its release.

The band’s influences are easily decipherable.  Vocalist Alexis Krauss was a in a bubblegum pop group as a teenager.  Guitarist Derek Miller was a fixture in a hardcore rock band.  Treats is the unlikely, beautiful, deranged marriage of those competing sensibilities.  Think Jock Jams on steroids.

Let’s get into the holiday spirit with an evening skate at ICE in Santa Monica.  Try not to let the ride’s adrenaline fueled music incite you to cross-check someone into the boards.