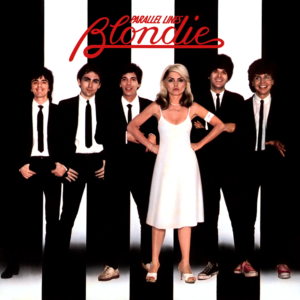 “Blondie turned more than a few punk purist heads with Parallel Lines. Originally born out of the New York punk rock scene of the mid-1970s, the band made a surprising shift toward more pop-oriented material on their third album, a deft mix of new wave, pop, and disco produced by Mike Chapman. The album’s biggest hit, of course, is “Heart of Glass,” its swirling synths and Chic-like guitar riffs radiating off a drum machine beat and singer Deborah Harry’s sweet, honey-dipped vocal… Just as her band struck an infuriating balance of punk and pop on Parallel Lines, Harry paved the road for multihued, genre-defying female rockers like Madonna, Gwen Stefani, and even Pink.”

Let’s head to the Museum of Ice Cream for some cold treats and Instagram-friendly suites.

Tickets for the Museum of Ice Cream have been pre-purchased. They will cost each rider $31.75.