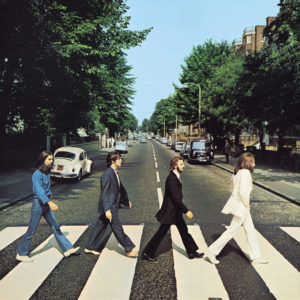 “The Beatles’ story is so enduring in part because it was wrapped up so perfectly. Abbey Road shows a band still clearly in its prime, capable of songwriting and recording feats other groups could only envy. Working for the first time exclusively on an eight-track tape machine, their mastery of the studio was undeniable, and Abbey Road still sounds fresh and exciting 40 years on… Even if it’s ultimately the Paul McCartney and George Martin show, as demonstrated on the famous second-side medley, everyone brought his A-game. Where Sgt. Pepper’s Lonely Hearts Club Band strained for significance, The Beatles was schizophrenic, and Let It Be was a drag streaked with greatness, Abbey Road lays out its terms precisely and meets them all. There’s not a duff note on the damn thing.”

Let’s head to Republic of Pie in NoHo for some savory goodness.