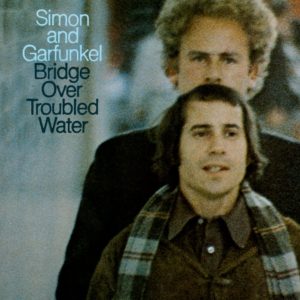 “It wasn’t clear at the time, but Bridge Over Troubled Water was an album about the end — a casually ambitious look back at an expiring musical partnership (Simon and Garfunkel) and decade (the Sixties). Recorded in late 1969, it’s largely remembered for a pair of big-themed production masterworks: ‘The Boxer’ and ‘Bridge Over Troubled Water,’ led by Paul Simon and Art Garfunkel, respectively. ‘Bridge’ quickly attained the beloved stature of a hymn, while ‘The Boxer’ — a metaphor for the immigrant experience in America — ranks with Simon’s finest songs. At the other extreme are sprightly tunes that hearken back to the duo’s Fifties roots: ‘Cecelia,’ whose echoed hand claps sound like an early hip-hop drum loop, and ‘Keep the Customer Satisfied,’ the antic tale of a flimflam man staying ahead of the law. During the Bridge sessions, Garfunkel was often working on the film Catch-22 in Mexico; Simon gently notes his absence in ‘The Only Living Boy in New York.’ The notion of life chapters closing also permeates the folksy bossa nova ‘So Long, Frank Lloyd Wright.’ It’s ironic that ‘Bridge Over Troubled Water,’ a gospel-style song of reassurance and solidarity that Simon wrote as a vehicle for Garfunkel’s golden tenor, would be one of their final collaborations. But they exited on an exhilarating note.”

The event is free, but you must register and turn in a completed waiver at the CleanUp.  You can register here.