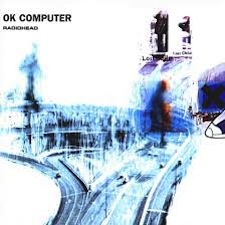 The album is the musical bridge between the broad rock appeal of 1995’s The Bends and the more avant-garde approach of 2000’s Kid A.  At times challenging, it’s also irresistibly tuneful.  Released near the height of the internet revolution, the album’s themes of alienation and paranoia regarding technology and government are just as relevant today as they were in the 90’s.

Let’s drive up Laurel Canyon Boulevard, a “bridge” between Central Los Angeles and the San Fernando Valley, and grab lunch at DarbinZ Kebab in Studio City.