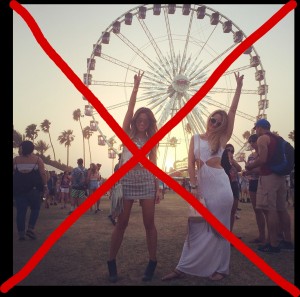 Album:
A curated collection of songs by artists performing at Coachella 2016.

Let’s attend Broke LA.  Formerly known as Brokechella, Broke LA is a one-day music, art, and comedy festival produced by cARTel Collaborative Arts.  Now in its sixth year, the festival has grown from 200 attendees to over 5,000 and features indie, hip-hop, DJ, and comedy acts culled from an open-submissions process.  It’s a great, affordable alternative to Coachella.

Tickets for Broke LA have been pre-purchased and will cost $23 per rider.