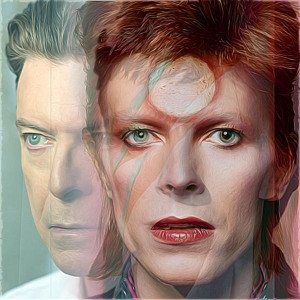 Via The New York Times:

“David Bowie, the infinitely changeable, fiercely forward-looking songwriter who taught generations of musicians about the power of drama, images and personas, died on Sunday, two days after his 69th birthday… Mr. Bowie wrote songs, above all, about being an outsider: an alien, a misfit, a sexual adventurer, a faraway astronaut. His music was always a mutable blend: rock, cabaret, jazz and what he called “plastic soul,” but it was suffused with genuine soul. He also captured the drama and longing of everyday life, enough to give him No. 1 pop hits like “Let’s Dance.”  In concerts and videos, Mr. Bowie’s costumes and imagery traversed styles, eras and continents, from German Expressionism to commedia dell’arte to Japanese kimonos to space suits. He set an example, and a challenge, for every arena spectacle in his wake.”

Let’s celebrate the singular life and art of David Bowie with some dancing and drinks at Club Underground, an Indie, New Wave, Post-Punk and Britpop club at Grand Star Jazz Club in Chinatown that will be paying tribute to Bowie this weekend.

Join the event page and RSVP ahead of time to get in for free on Friday before 9:45 PM.