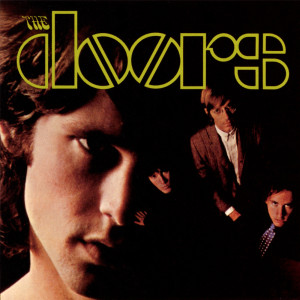 “The Doors arrived in 1967, the same year as Sgt. Pepper’s Lonely Hearts Club Band; both were psychedelic touchstones and among the first major rock discs that truly stood as albums, rather than collections of songs. But whereas the Beatles took a basically sunny view of humanity, the Doors’ debut offered the dark side of the moon. Their sound was minor-keyed and subterranean, bluesy and spacey, and their subject matter — like that of many of rock’s great albums — was sex, death and getting high… The key to the band’s appeal was the tension between singer Jim Morrison’s Dionysian persona and the band’s crisp, melodic playing… Though great albums followed, The Doors stands as the L.A. foursome’s most successful marriage of rock poetics with classically tempered hard rock — a stoned, immaculate classic.”

Let’s grab sandwiches at the Canyon Country Store, the makeshift cultural center of Laurel Canyon for a full century.  Immortalized in the Doors song “Love Street,” this deli-market is not a venue, but it’s got historical music importance to spare, and continues to be — as Jim Morrison put it — “the store where the creatures meet.” (Via LA Weekly)