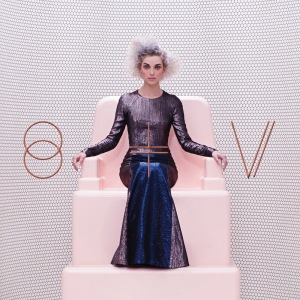 “Figuring out what to put on this list was a difficult process, but determining what should be at the top of it was a fairly easy task. 2014’s Album of the Year race was pretty much locked up in February when Annie Clark released her fourth album under the moniker St. Vincent. Clark is everything you want from an artist in 2014 and St. Vincent is fertile ground for examples why. The album is the perfect balance between arty experimentalism and populist appeal and contains a diverse list of tracks that just about anyone can find something to enjoy. The surging power chords of punky “Birth in Reverse,” the Madonna influences on ballads “Prince Johnny” and “I Prefer Your Love,” and the playful indie rock idiosyncrasies of “Rattlesnake” all flow together through the consistency of Clark’s unparalleled charisma. And it’s not just the music that’s impressive. Clark’s lyrics can be silly and weird, but they can also be socially observant and searingly critical (“Digital Witness”). St. Vincent is the epitome of style and substance and that is what makes it an instant classic.”

Let’s treat ourselves with an afternoon trip to Sinners and Saints in Venice for some decadent desserts and gluten-free delights.