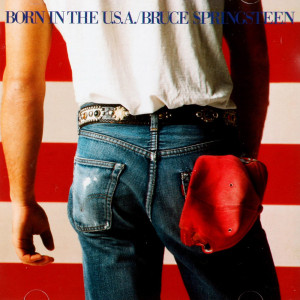 Bruce Springsteen was already a comfortably employed fixture in American culture for a decade, but it was 1984’s Born in the U.S.A. that cemented him as “The Boss.”  A rare commercial and critical juggernaut, the album spent 84 weeks in the Billboard Top 10 and spawned seven Top-10 singles.  It also topped the year’s Village Voice Pazz & Jop poll, an annual compilation of hundreds of Top-10 lists from music critics around the country.

Released on the heels of 1982’s darkly acoustic Nebraska, Born in the U.S.A. found Springsteen exploring themes of Reagan-era working class disillusionment with a bigger, more accessible musical palette, bringing his ideas to a broader base of listeners.  The result was a collection of unparalleled pop rock anthems like the scathing anti-Vietnam War title track, that struck a careful balance between social protest and patriotic flare.

Let’s explore Bronson Canyon in Griffith Park and then grab lunch at Birds Café/Bar in Hollywood.  Bronson Canyon is the site of a series of small, man-made caves used extensively as shooting locations for a wide variety of movies and TV series, most notably the classic 60s Batman series.