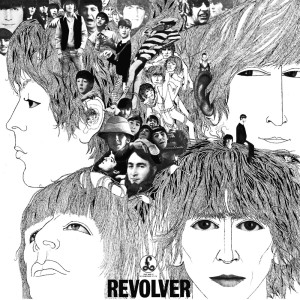 “I don’t see too much difference between Rubber Soul and Revolver… To me, they could be Volume One and Volume Two.” – George Harrison

After the creative success of Rubber Soul, the Beatles continued to tinker with new sounds and structures on Revolver, spending far more time in the studio than for any previous release.  The resulting album is a deeper exploration of the previous record’s influences, both lyrically and musically, as well as a broader push into a more experimental direction.  A growing interest in psychedelia permeates several of the album’s tracks.  “Tomorrow Never Knows,” Revolver‘s closing track, is the most radical and innovative cut of the bunch, a three-minute acid trip with tape loops, sound effects, and single chord drone that proved to be a fitting preview of where the band would go next.

Let’s head to Studio City for some glow-in-the-dark bowling at Pinz.