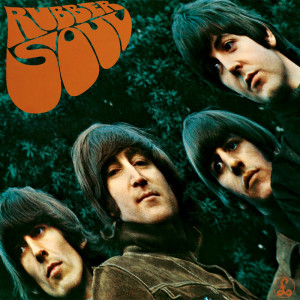 Early Beatles records were special for various reasons, but Rubber Soul, the band’s sixth studio release, was a game changer and the first album of their golden age.  A variety of influences pushed their songwriting away from the constraints of Beatlemania’s sugar highs and into a more unique, artistic direction.

“Our whole attitude was changing – we’d grown up a little.” – Ringo

Bob Dylan turned the band on to pot, and with it, a more introspective approach to lyricism.  And after the Byrds introduced him to Ravi Shankar, George Harrison became increasingly interested in Indian classical music (“Norwegian Wood” is often credited as the first Western pop song to utilize sitar).

“They were getting more and more interested in unusual sounds. They were trying out new instruments and always coming to me saying, ‘What, what ideas have you got for this?” – George Martin

Rubber Soul, like the albums that came after it, was a landmark record in the development of 20th century popular music.  It’s combination of varied influences (a mix of folk, soul, pop) also inspired their rivals to step up their game.  After hearing the album for the first time, Brian Wilson started working on Pet Sounds the very next day.

Let’s enjoy some Korean BBQ at Soowon Galbi in Koreatown.