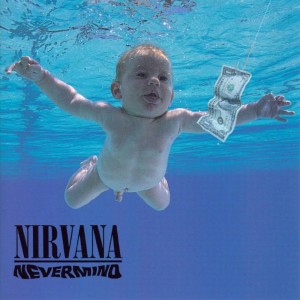 On April 8th, 1994, Kurt Cobain’s body was found in his Lake Washington home.  “It’s better to burn out than to fade away,” Cobain wrote in his suicide note, quoting a popular Neil Young lyric.  The fame resulting from Nirvana’s critical and commercial success weighed heavily on the deeply troubled frontman.  His history of depression, substance abuse, and mental illness made him the quintessential tortured artist.

There are many ways to approach discussing Nevermind, the most lauded record of the 1990s and Nirvana’s second studio album.  There’s the musical phenomenon it launched, helping grunge music and alternative rock achieve mainstream status and prompting a decade’s worth of imitators.  There’s the subsequent cultural impact – an era of angst captured and defined for a generation of disaffected youth.  There’s the substance of the record – a masterful interweaving of pop melodicism and punk rock chaos.  Yet the dark shadow cast over Nevermind is so haunting that the other elements all seem to fuel the gloom.  It’s impossible to listen to tracks like “Come As You Are” and “Something in the Way” without sensing the inevitable swirl of Cobain’s downward spiral.  Rarely has an album’s subtext contributed as much to its legacy as the content itself.

On April 10th, Nirvana will be inducted into the Rock and Roll Hall of Fame.  Let’s honor their legacy by attending Record Store Day at Amoeba Music in Hollywood.

What is Record Store Day?  Every year, thousands of independently owned record stores participate in a holiday that celebrates the relationship between record store staff, the customers, and the artists.  Hundreds of musicians around the world release special vinyl and CD products made exclusively for Record Store Day.  Festivities are different for each store, but many include performances, cook-outs, meet & greets with artists, and DJ sets.  Metallica kicked off the first Record Store Day in 2008.

Amoeba Music is a Hollywood landmark and one of the largest independent record stores in the world.  Take a look at this year’s list of releases here.  Check out a list of the day’s events, deals, and performances here.