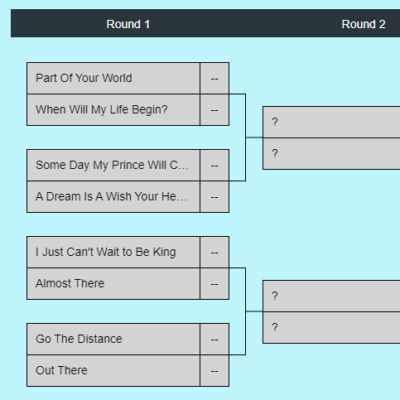 You decided by voting in our Disney song tournament.

After weeks of vigorous debate amongst various Disney enthusiasts, we chose 64 songs (based on criteria like historical significance, cultural endurance, and songwriting quality) from animated Disney films to compete against each other in a head-to-head, March Madness-style bracket.